Where's the Rest?
This article is a stub. You can help Honkai Impact 3 Wiki by expanding it.
Alvitr 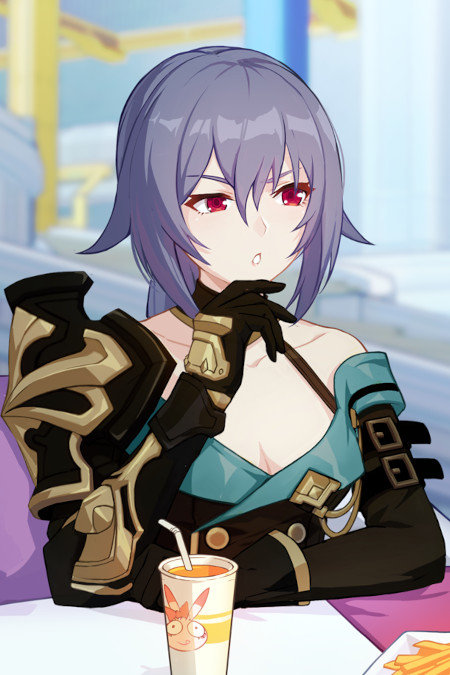 Alvitr is a Valkyrie and the technician of the Immortal Blades Squad.

Alvitr has long, grayish purple hair which she wears in a ponytail and has red eyes. Usually she wears the Immortal Blades uniform, which is colored black and teal with gold ornaments.

Alvitr followed Rita's Immortal Blades squad to collect K-423 in the ARC City, and attracted Rita’s attention when communicating about information. After recovering K423 and frustrated, she analyze the clues that K-423 handed to Rita, and help Rita sneak into Heliopolis Life Sciences to investigate the anomaly after finding that the situation wasn't right.

When Rita re-dive into the laboratory, Alvitr help Rita adjust the armor so that Rita has combat capability.