Durandal is one of many main characters in Honkai Impact 3rd. She is an enigmatic figure that rarely interacts with the other main characters. She is one of very few S-rank Valkyries within Schicksal. Her squad is known as the Immortal Blades and Rita Rossweisse is her vice captain. The two girls share a long history, but not much is known about it...

Durandal, is a very beautiful woman who is voluptuous in appearance and possesses a regal beauty. She has blonde hair which descends past her waist and is rather wild in its own way. She possesses deep blue eyes along with a slim but fit figure. 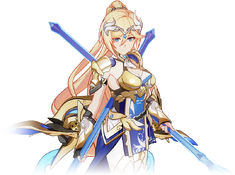 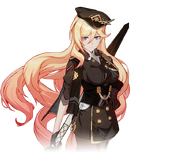