Spoilers Ahead, You Sure Wanna See Them?
The content below contains major unmarked spoilers. Don't say we didn't warn you, Captain~
Gray Serpent 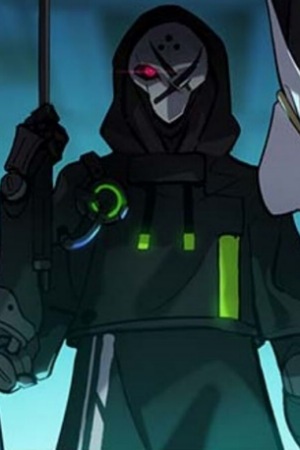 Gray Serpent is the second-in-command of World Serpent, endlessly loyal to the organization and the Sire. He is an artificial life form created by Dr. Mobius. He has several clones that are able to think and act independently.

His main appearance is that of a tall humanoid android, dressed in a long black jacket with a hood and an armored shoulder piece on his right, alongside pants. His face is only seen as a pale mask with crossed black swords in the shape of an offset X on the left side and only his red reptilian eye on the right. He is oftentimes depicted, carrying an umbrella, regardless of the weather.

Despite his cruelty and pride, Grey Serpent is a gentleman most of the time.

Grey Serpent is a creation of Mobius. He was a byproduct of new technology called sentience transfer, which was based on the research about the 8th Herrscher. Mobius threw him into the waste pool after validating the tech. The next day, however, Mobius found him alive and with self-awareness. He held a strong desire for survival in his eyes, which made her decide to give him a chance to live on.

As Mobius' first experiment of this kind, Grey Serpent naturally had several flaws, including some amplified human instincts. Mobius later tried to replicate the "accident" that brought out these traits in him, but the attempts always ended up with strange results. Much later, he founded the World Serpent, following Mobius' will. He had originally intended for Mobius to become the leader of the organization, but in the end the next available Flame Chaser assumed the role: Kevin Kaslana.

In 2000 after the Second Eruption caused by the Herrscher of the Void, Gray Serpent found a little girl named Natasha and brought her with him into the World Serpent to train her as a mercenary. That girl would become later known as Raven. In 2017, Gray Serpent joined his World Serpent colleagues to witness the return of their Sire.

In between the years, Gray Serpent had been working relentlessly towards the goal of bringing Kevin Kaslana out of the Sea of Quanta; a goal that had finally succeeded in 2017. Gray Serpent presented the inactive Judgment of Shamash along with the corpse of the Judgment class Honkai beast Chiyou to his Sire.