Where's the Rest?
This article is a stub. You can help Honkai Impact 3 Wiki by expanding it.
Herrscher of Corruption 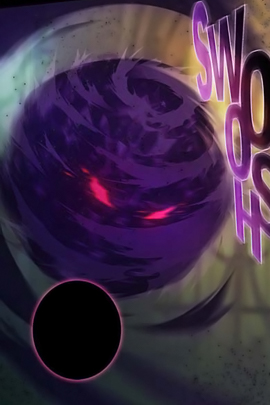 Herrscher of Corruption was first discovered during the Previous Era. It is the only old Herrscher encountered in the story so far to survive to the Current Era.

The Herrscher first fully awakened after RIN's death. It disintegrated the girl's body and turned it into a black mist containing Honkai Energy that could quickly turn people into Zombies. 12th Herrscher had the ability to project her own consciousness onto any object and control it freely. In reality, this Herrscher was actually a self-aware lethal virus which was coloured black and red, which infected everybody and turned them into zombies. Not only that, but she was also able to control machines, launching nuclear missiles and destroyed a part of the old world. Professor MEI had to seal it into the purple box before it managed to destroy the rest of human civilization.

The purple box later fell into Schicksal's hand, causing the Black Death. Eleanor Schariac injected a fragment of this Herrscher onto herself, becoming a large spider beast and later got defeated by Kallen and Otto. After witnessing the inhumane experimentation of Schicksal using Crystal Disillusionment, Kallen stole the purple box and ran away to Yae Village. She was later fatally wounded and discovered by a kindly Yae Sakura. However, Yae Sakura later unwittingly opened the box, releasing Higyokumaru and all her hate accumulated over the centuries, and possessed Sakura, turning her into a large fox beast that was later defeated and sealed by Kallen.