Spoilers Ahead, You Sure Wanna See Them?
The content below contains major unmarked spoilers. Don't say we didn't warn you, Captain~
Kevin Kaslana 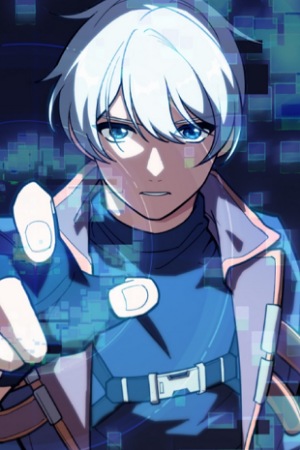 Kevin Kaslana (Japanese: ケビン・カスラナ Kebin・Kasurana; Chinese: 凯文 · 卡斯兰娜 Kǎiwén · Kǎsīlánnà) is the 1st Flame Chaser, the Pioneer of Project Stigma, and the leader of World Serpent. Kevin was one of the greatest human warriors that lived 50000 years ago in the pre-civilization era. He joined Fire Moth alongside Mei as Fusion Soldier to fight against the Honkai. In the game's later story, he was also revealed as the Lord of World Serpent that had been sealed in Sea of Quanta.

In the Honkai 3rd manga, Kevin was shown originally to be quite a picky young man. Attractive, talented and athletic, an array of girls were drawn to him. Although there were countless suitors, he only loved one seemingly unlikely match-the quiet nerd girl who always had her nose in a textbook, Mei. As the daughter of a well-known electromagnetic scientist, Mei aspired to become a scientist and was constantly studying at every opportunity. However, Kevin made his move, gradually opening up Mei's shyness, and her heart.

These carefree times did not last long, and the chaotic force of Honkai that swept the world, broke out. Mei, valued for her high intelligence, was received by the MOTH, and Kevin offered to become a soldier of MOTH for Mei.

In the confrontation between mankind and the Honkai, Kevin was supported by the power of the legendary "Divine Key" weapon made by Mei using Herrscher core, but he still suffered heavy losses. In the face of the 7th Herrscher's overwhelming power, Mei proposed to try to incorporate the genes of a powerful emperor-class Honkai beast, Parvati, into the soldier's body in order to produce a super soldier who could resist the Honkai. Kevin voluntarily participated in this experiment. After suffering unspeakable pain, Kevin's body was imbued with the power of Parvati and came into possession of a strong freezing ability, and defeated the 7th Herrscher. However, as a result of the experiment, the temperature around his body is constantly dozens of degrees below zero, and can no longer be in normal contact with humans, including of course- his beloved Mei, whom he can no longer embrace.

Because of Kevin's special constitution, he has become one of the very few human beings who can use Judgement of Shamash. But no matter how powerful its ability was, it could not restore the destructive blow of the civilization of the Previous Era by the Final Herrscher. In her final research, Mei's body was eroded by Honkai energy and her life was consumed by it. When Kevin withdrew from the battlefield of the Final Herrscher and returned to Mei, he found that she had completed the research on the stigmata of the Herrscher and had died safely. Kevin, heartbroken, was about to follow Mei to death, but was stopped by the sound of a baby's cry. The baby had a letter from Mei telling Kevin that the child was a fusion of his and her DNA and was an improved test-tube baby, which not only retained the gene of Parvati's freezing ability, but that also when he grows up, his body temperature will be no different from that of normal people, and that the baby will be called Adam, after the first man.

Kevin took Adam into cryosleep pods of refuge, where he slept for 50000 years. At the time when the new human civilization was threatened with Honkai again, a man calling himself Kaslana appeared in front of people, holding a flame sword in his left hand and holding a baby, in his right hand, bringing new hope to that era.

1500 years ago, Kevin was trapped in the Sea of ​​Quanta because Project Regulator. During the experiments by Einstein and Welt Yang, the energy readings returned by Eye of the Deep determined the coordinates of returning to reality, but they were blocked by Yang on the road. The two sides met for the first time at this moment, and Kevin saw that Yang was the 1st Herrscher and fought him, but was stopped by Yang's use of the core created by the Herrscher's core to return to reality. Later, after experiencing the maze created by Yang, he learned his past and realized that he was not Unforgotten Apostle, but was fighting for humanity sincerely. So he helped Seele, hoping she could bring Yang to Kevin.

During Chapter 12, Seele appeared in front of him after experiencing a mysterious world bubble. At the same time, Bronya, who had traveled through countless dimension bubbles to find Seele, arrived, and fighting broke out. Kevin, at this time, showed that the Honkai was their common enemy, and he didn't want to be the enemy of them. But Bronya decisively denied Kevin's words to prevent the World Serpent from leaving the Sea of ​​Quanta. Bronya intended to be strong first, but fell because her body could not handle the erosion of the Herrscher of Reason's core. Seeing that the situation was becoming increasingly problematic, Yang used the Herrscher's core to reconstruct his body. He attempted to grab the Gem of Desire from Kevin and protect Bronya, but his physical ability to reconstruct with the core power was very limited, and Yang failed. Kevin once again threw an olive branch, affirming the abilities of Yang, Bronya and Seele, hoping that they would join the Serpent, but Yang refused. Then Kevin expressed respect for Yang, seemingly the great hero of this Era, but noted that they were too naive and would likely be killed this innocence. In the meantime, he proclaimed, he would rise and lead humanity to fulfill the ultimate mission of destroying the Honkai. Afterwards, Bronya woke up from a coma, induced by her leaping into the Sea of Quanta. Einstein activated the Eye of the Deep, and Schrodinger helped locate them, and Seele, Bronya and Yang were rescued and returned to reality. However, in the end, they failed to stop the Serpent from leaving the Sea of ​​Quanta.