Party's Over, Back to Sleep... ZZZ...
This page contains content that is no longer available. It may or may not return in the future but its return, at least in its original form, is highly unlikely.
MiHoYo Infiltration 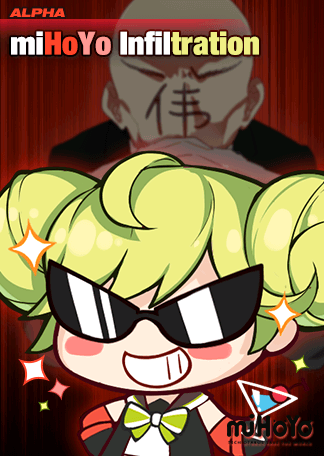 Synopsis
Captain, Ai-chan needs your help!
June 18th is the day that Ai-chan's hometown celebrates the Dragon Boat Festival. This is a secret holiday celebrated in the east. But the idea for implementing this event in-game was rejected by the game designers. Not only that, they also took the crystals that Ai-chan had prepared to give the Captains. Can we let them get away with this sort of thing, Captain? We must get the crystals back from the hands of the dev team!

Ai-chan will take players to see the 4 developers at the top of the ladder. They are known as the [Four Kings] (because the battle environment is quite chaotic, some unknown targets besides the Four Kings may also appear).

During the event period, receive

Crystals ×50 for clearing the 6 objectives for the first time. Also, you can receive

Crystals ×100} for defeating the final objective for the first time. In other words, you can receive a total of

Crystals ×400 for defeating these enemies.

Additionally, you can receive bonus HOMU treasures for clearing each stage for the first time.

Captain, fight the designers alongside Ai-chan and recover the crystals!