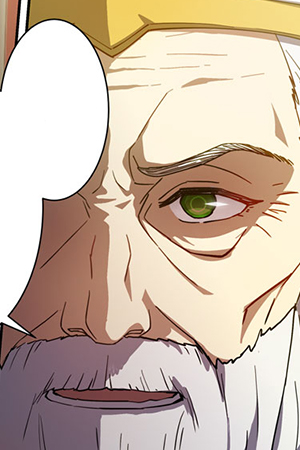 Nikolas Apocalypse was the 225th Overseer of Schicksal during the 15th century and the father of Otto Apocalypse.

In his older age, Nikolas’ hair had turned white and had grown long and groomed. Nikolas was a bearded man with dark verdant eyes. As the Overseer, he continued to wear the hanging white and gold pope attire, with a golden cross atop his white mitre.

Once when he was young, Nikolas had been close with the people, especially during the plague, but overtime, power and ambition got to him. He became more distant with his people, and retreated to plans that would yield him more power by expanding his domain. Towards the end of his life, Nikolas had been reduced to a sovereign that stubbornly tried to protect his family’s hold on power, crafting ways that would use others as means towards that goal.

Somewhere in the 15th century, Nikolas and Francis Kaslana became friends, but not much is known of this friendship. When the plague struck his people, Nikolas had personally attended the relief programs, but later retreated and committed to his crusades that he permitted. Since then, he had turned his back on the people’s cries, insisting on the sale of indulgences when the crusade was defeated at Kipchak Steppe by a certain Celestial. Around this time, he had also instructed his son to investigate the powers of the Black Box, hoping it would bestow them with greater powers that would redeem their loss in the East. That, though, was foiled by Kallen Kaslana, who condemned the wrongful experiments and stole the Box, fleeing eastward.

With his grip on power, lessening with each failure, and the League of Castille snapping at his heels, Nikolas agreed with the Council at the trials to execute Kallen when she was returned to Europe, claiming the Kaslana family to be a burden. However, upon his son’s appeal for mercy, Nikolas told him to find a way to marry Kallen, as he planned to use Otto to tie the Kaslana family firmly under the Apocalypse’s control. At Kallen’s dissent, the execution was allowed to carry on, but some time prior, Nikolas had agreed to make Otto his successor instead of his grandson, Marseille. Before he could announce it though, his own daughter, Risa, poisoned him, leading to his untimely death in 1477.