Rozaliya Olenyeva is one of many main characters in Honkai Impact 3rd. She grew up in the same orphanage as Bronya and Seele, along with her sister, Liliya. Due to an accident, her body has been modified. Though she is often chided for being obnoxiously loud and rambunctious, many have noted that her mature side shines through when she looks after her sister.

-Rozaliya has pink neon hair and blue eyes, she's seen with horns(in her battlesuit) she is the same height as Liliya and a kg heavier than Liliya. 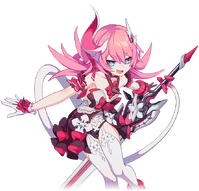 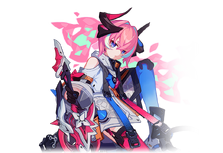