Where's the Rest?
This article is a stub. You can help Honkai Impact 3 Wiki by expanding it.
Sakura 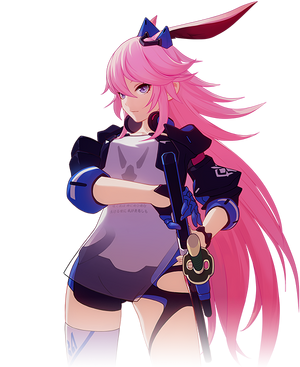 In Chapter 12 A Plain of Vigrid, Seele enters a Bubble universe made of Kevin Kaslana's memories of the Previous Era. She meets a warrior named Sakura who was looking for her sister RIN who was on the 33F of The base. Sakura was a part of the MOTHs. (The Moth who chases the flame) After the 11th Herrscher devastated the anti honkai forces the disgruntled soldiers took out their frustrations on Rin. This bubble universe plays out the same way Kevin's memories did however Seele witnessing it first hand was something insignificant to Kevin.