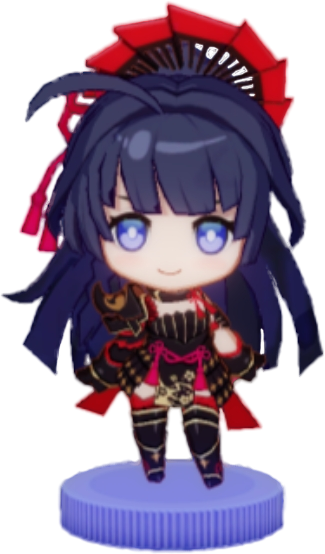 Background Information
Date of Birth: April 13
Height: 172cm
Gender: Female
Weight: 50kg
Organization: The Schicksal
Birthplace: Far East
Battlesuit Details
Most people regard Mei as the "common girl selected by the Honkai as its Herrscher".
The truth is that Mei is considered an expert of the ancient Hokushin-Itto-ryu school of kenjutsu.
Battlesuit Details
The Hokushin-Itto-ryu is a battlefield fighting style designed to render the opponent defenseless and end the battle as quickly as possible. Though the technique has limited use against massive Honkai Beasts, it can help Mei devastate human-sized opponents in quick measure.
Battlesuit Details
Mei acquired her kenjutsu techniques from her father, Raiden Ryoma. A child prodigy, Mei achieved the highest levels of mastery and even developed her own understand of the sword art.
Although her father is no longer around her, Mei is always mindful of his lessons and look forward to the day when they can be finally reunited.