Where's the Rest?
This article is a stub. You can help Honkai Impact 3 Wiki by expanding it.
Welt Joyce 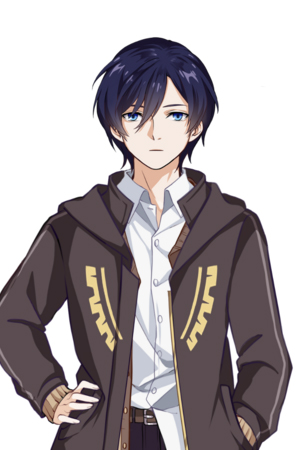 Welt Joyce was the 1st Herrscher of Reason and Welt Yang's hero.

Welt Joyce was the first Herrscher in the current Era of Civilization. He was one of the founders of Anti-Entropy alongside Einstein, Tesla, and Planck. His name was given to him by Einstein.

In the Anti-Entropy Visual Novel, Welt Joyce was revealed to be responsible for the destruction of Berlin in 1952. He suffered from amnesia after the incident. Schicksal later captured him to perform various experiments for 3 years before transferring him to the Imperial Research Institute Lab 42 in London where Einstein and Tesla were situated in.

Become a new unit of measurement[]

In the "Houkai Classroom" comic, Bronya gave the name of Welt ① and ②.

The name 'Welt' has now become a unit of measurement for combat power in the world of Houkai.

It is said that the strength of Fu Hua, who is not wearing thigh socks, is equal to 10 Welt.